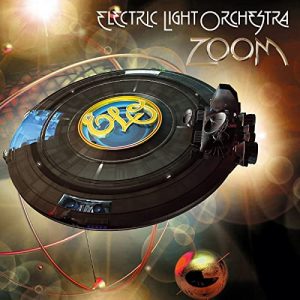 WHAT DISTINGUISHES ‘ZOOM‘ FROM YOUR EARLIER WORK?:
I’ve learned a lot from producing and playing with other people, and over the years I’ve been lucky enough to work with most of my heroes. I’ve learned a lot working with all those guys. I suppose bits of them rubbed off on me and it opened me up more. And I’ve seen a lot more of life since the last album, and I hope ZOOM reflects that.

WAS THERE UNFINISHED BUSINESS FOR ELO?:
Now that I can see it all from this distance, I wanted another go at it.

WHERE DOES ELO FIT IN THE CURRENT MUSICAL LANDSCAPE?:
I don’t think my has ever fit into a current musical landscape, I’d like for it to stand out as something different. I try to give the music as much care and love as I can.

WHAT INSPIRED THE TITLE “ZOOM“?:
It’s 15 years since the last ELO album, and they’ve gone by pretty quickly. And zoom, here we are in 2001. I think that’s what I meant.

HOW LONG DID IT TAKE TO RECORD “ZOOM“?:
I recorded it over a period of about two and a half years, I completely finished 18 songs.

CREATING THE ELO SOUND:
It’s like an atmosphere. I try to get old-fashioned sounds.

APPLYING THE ELO APPROACH TO “ZOOM“:
I suppose the way I work as a songwriter is like, ‘producer-songwriter.’ I imagine the sound of what I want before I actually finish writing it. So I started thinking about the ELO sound and what it would be now.

SPEAKING OF NEW MATERIAL:
One of my favorites is “State of Mind.” It has a lot of power to it and has cheeky harmonies jumping in and out. I also like “Ordinary Dream” because I like the phases it goes through, and its different textures. And I like the words.

THE “ZOOM” MINDSET:
I hadn’t written any words for a long time, not for an album or anything. These lyrics actually came to me much quicker than they used to in the old days because I was basing them more on things that had happened to me.

UPS AND DOWNS ON THE WAY TO “ZOOM“:
Some of the songs are about just trying to do as good as you can when things don’t work out. There are loose ends you can never tidy up. But it’s also about trying to learn to trust your instincts and do what you feel is right.

ON HIS HOME STUDIO:
If you don’t feel like recording one day, you can say, “Don’t come in today” to the engineer. I have two good pals who are great engineers (Marc Mann and Ryan Ulyate) who live locally, and so it’s not like you’ve got a studio booked and you’ve got to do a record. You just do it when you’re inspired. Most days I record for probably six or eight hours of the day. I’ve just recently–a few months ago–been helping to master 53 tracks of the Flashback box set, which was a bit like going to work for me. I had to wake up really early and get down to the mastering lab by a certain time, so it was strange getting up and not walking straight into the studio at home. It proved to me that the environment I’ve had for ZOOM suits me better.

‘BEYOND’ THE HOME STUDIO:
I’ve got it all wired up so that you can have mics anywhere in the house. I can get different sounds from different instruments and I can do strings in the kitchen or in the room. Sometimes in the bathroom I’ve got an acoustic guitar. It’s interesting in that respect. You actually get different sounds than you probably would in a studio. I prefer natural-sounding wood and the echo of different rooms.

NEW TECHNOLOGY:
You can do lots of tricks with Pro Tools and very clever things that you couldn’t do before. Some of the things you could have done by hand, but this makes it a million times quicker, and then they made it 24bit, which is why I succumbed to it. For example, say you’ve got an ambient room with a drum in it and the actual mic picking the drum up is 30 feet away, just for the effect. The drum is 30 milliseconds late on the machine, right? So, you could slide that up and make up the distance in air but still retain all the air in the sound and get it right in time. It’s a nice thing to be able to do, because to me, ambience is one of the nicest things about making records. Mic distances and all that are very important.

WORKING WITH GEORGE HARRISON, RINGO STARR, WHO PLAY ON “ZOOM“:
I’ve worked with them a lot, especially George–we are good friends. It was great to have George play some slide guitar for me (Harrison plays slide guitar on ZOOM‘s “A Long Time Gone” and “All She Wanted”) because he’s my favorite slide guitar player. He’s tuneful and melodic and he can really hold a note just perfectly with total control in his vibrato. Ringo is a fantastic drummer (Starr appears on ZOOM‘s “Easy Money” and “Moment in Paradise”). I’ve always loved his drumming and in fact when he said, “I wouldn’t mind playing on one of your tracks,” I said, “Well, how about tomorrow?” And he played live in my living room, which was great fun because we actually played it all live together. It was myself and Marc Mann playing bass and guitar and Ringo playing the drums in his own inimitable style. And he did a really great job of it.

ON HIS DISTINCT ACOUSTIC PRODUCTION QUALITY AND HARMONIES:
I get a kind of grainier sound on the acoustic instruments. The sound flows and is full, but it’s got an edge to it. The harmonies are quite simple. It’s just the way I layer them, by weaving them in and out of each other. One will start and the other will end just as another one begins. I start out with the parts and I don’t know how it’s going to end up until I’m actually done. I’ll just have this idea for the first part, I’ll probably double-track it, then I’ll do the next part. And while I’m doing the next part, I’m always thinking about what the part after that is going to be as I’m doing it. Sometimes I’ll actually be stressing the engineer out because I’ll already be on the next part practicing it, even though I haven’t finished the second part yet. But that’s the way I do it.

HOW DID YOU INTEGRATE STRINGS ON “ZOOM” COMPARED TO PREVIOUS ELO RECORDINGS?:
The general body of work of ELO actually goes all the way back from a couple of cellos and a violin to a 40-piece orchestra and a 30-piece choir at its biggest and most expansive. The strings on ZOOM are not big, they are just little string quartets and little violin sections. It’s a more guitar-oriented album.

THE ELO LIVE SPECTACLE BACK IN THE 70’s:
On the “Out of the Blue” tour, some nights I would even sneak into the audience to look at the closing of the spaceship. It was pretty spectacular. The racket was enormous, there was smoke coming out of it and lasers everywhere. It wasn’t my idea to be honest. To me it was a bit over the top, but lots of fun.

LIFE ON THE ROAD:
The first few tours were exciting, because it was all new and it was America. I had never even dreamed of coming to America. But the really long tours would eventually become a bit of a drag, because I really wanted to be in the studio, making records.

ADMIRATION FOR HIS MUSICAL HERO ROY ORBISON:
When I was only about 13, I was sitting by the radio and me mum and me auntie were there. And “Only the Lonely” came on and it was fantastic, and I loved it. It was the first time I’d heard it. And I went, “Oh, it’s unbelievable. It’s fantastic! And me mum and me auntie, they go, “Oh, horrible. Sexy.” And I didn’t even know about it, that there was sex involved.

Later, when I became a musician myself, I realized that the quality of his voice was so amazing. It’s just a remarkable thing. When I co-wrote “You Got It” with him, we recorded it in Mike Campbell’s studio. When we came to do the lead vocal, he stood at the mic and during the run-through just kind of mumbled the melody. I thought that’s how loud he’s going to sing but when he actually starts singing it was like a million times louder. So we had to readjust the mic for this enormous voice. And we finally got it after two or three takes of “You Got It.” And it was one of the most exciting things I’ve ever recorded.

WHY DO YOU CHOOSE TO CALL LOS ANGELES HOME?:
After spending more and more time here, I just got used to the weather. It’s just nice to see blue skies every day. I am quite happy here at the moment. I remodeled a house and rebuilt it all wired for the studio and brought it to a professional level. That’s the great thing about having a house to record in-you get sounds you probably wouldn’t get in the studio.

A THIRD TRAVELING WILBURYS ALBUM?:
When I see George occasionally, we always end up talking about it. And then we go our separate ways again and then we see each other again and do the same thing. So, who knows, one day it might happen.