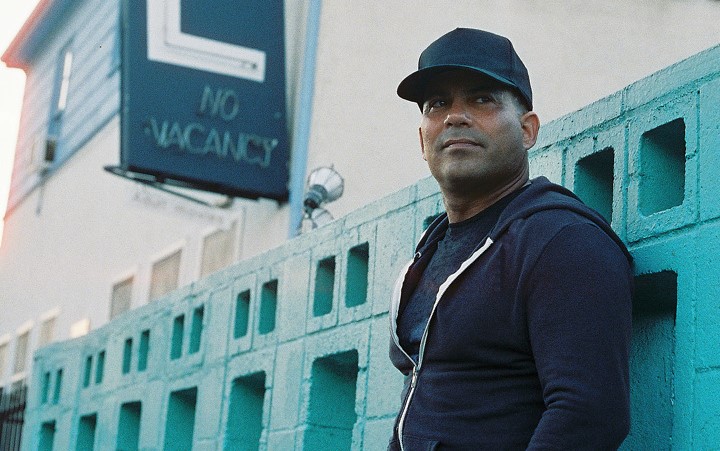 In advance of next week’s release of his debut album, NIGHT WINDOW, singer-songwriter and alternative rock musician ABE GROSSMAN sat down to give some insight into the album, his creative process and more. Read the Q&A below and watch a clip about the album here.

The sound throughout NIGHT WINDOW drips with classic nostalgia–a rich tapestry of 70’s classic rock and heartstring-pulling acoustic folk, stitched together by GROSSMAN’s distinctive, smokey lead vocal and lush orchestral arrangements. Subtle hints of familiar sounds, from Pink Floyd and John Mayer to Bob Dylan, may peek through here and there, and yet there’s some fresh unknown that makes the songs on NIGHT WINDOW their own instant classics. Read more about the album here.

What initially attracted you to playing an instrument and writing songs?

“I’ve always loved listening to music, but it wasn’t on my radar to learn to play music and express myself as a musician. I’d never thought, ‘Hey, I’m going to be a musician.’ When I was about 12, I was in Africa and I was in a hotel that was bombed and I survived, while many people didn’t, and it had a profound effect on me. When I got home, I went to a therapist who said, ‘give this kid an instrument or something.’ And I ended up going to this music store down the street and buying a guitar. I started playing and then took lessons from a local musician who taught me how to play guitar.”

At what point did you decide that songwriting was going to be a part of that?

“I didn’t make a decision. I think I just learned the chords and it was really Bob Dylan that had a great effect on me. I love Bob Dylan and many other seventies artists like Cat Stevens and Jim Croce who were making music when I was really young. They were on the radio and I think I just learned a couple chords and I had an idea of something different to say than anyone else said. I made up some words and a melody and it just came naturally.”

What makes a good song?

“Everything in life needs a crescendo. Sometimes that means a big chorus or an arrangement that opens the song up, or sometimes it can be simply in the poignancy of the lyrics. I think Lou Reed was very good at that. He was such a great lyricist and leaned on textural instrumentation, like ‘Take A Walk on the Wild Side’ with that great bass line. Lou Reed never pushed his vocals. He just talked. A singer like Lou Reed can make it work.”

Let’s talk about Night Window. You say it’s a 10-song homage to the light of life that can only be found on the other side of darkness. Did making it serve as a catharsis to a part of your life?

“Yeah, absolutely. I had cleaned up my act and the experiences that I had got me to realize what was true about myself, which allowed me to make some changes and see the truth about my own condition and addiction in my life. And that moment sort of ended another moment. So the pain and suffering and all the behaviors and things I was doing prior to stopping drugs and alcohol was this incredible journey to the truth. It’s like sandpaper. All beautifully carved wood and sculptures need sandpaper. You don’t move the wood without it. And so my life was no different. I needed to go through these very difficult experiences. And a lot of those experiences are in the songs.”

Are there contemporary artists that you also admire.

“I love Sufjan Stevens. And I think his Carrie & Lowell album was just brilliant. I saw him at the Dorothy Chandler Pavilion in 2015. I think that album is as good of an album as any album ever. It’s so consistent and so beautiful. Really all the songs. It’s flawless from the beginning to the end. I’m also a big Elliott Smith fan. I think that Either/Or is this a great record. I love that album.”

What would you say is your biggest guilty pleasure?

“So…I’ve taken most of those out of my life. It seems ridiculous to say but, I like popcorn at night…’Night Carbs,’ my follow-up record.”

If you could have a conversation with anyone living or dead, who would it be?

“My grandma. I didn’t get to have her in my life, she died at 65 of cancer, when I was 20 and I didn’t get to know her as an adult. I wish I could just talk to her about her life and who she was and tell her about myself. She believed in me when I didn’t believe in me, she just had this undying belief in me.”

What’s next for you musically?

“I think I have the best songs in my life on my next record. I think I’ve evolved as a musician. I had to get sober for me to get out of my own way. And once I did, a lot of it, you know, it was like if you train forever for something, and then you finally get the chance to do it, but you’ve always stayed physically in shape for it. You’ve gotten stronger, but you haven’t applied that strength to anything. That’s what happened to me. I continued to play, but I never got out of my own way. But once I had a spiritual sort of change in my life, I was able to write at a much higher level as a songwriter.”