SCREAM FOR THE TRUTH IN CANDID

AS BAND GEARS UP FOR NORTH AMERICAN TOUR STARTING DECEMBER 4 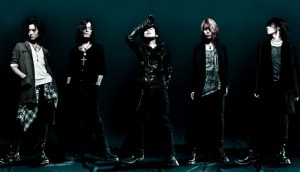 Q: During the recording of your latest album, DUM SPIRO SPERO, your native Japan was majorly affected by the earthquake and subsequent tsunami. Did the disaster change the focus of the album? How did this situation influence the band overall?

Kaoru:When something of that scale happens, there is no way that things will not change. This album, for us at least, became something of a prayer of hope for the future.

Q: You released a video for “Different Sense” off DUM SPIRO SPERO which includes some controversial and alarming images. The band has gained a worldwide reputation for being unique and continuously pushing societal norms. Where did the concept for this video come from? Do you aim to shock the world when coming up with concepts?

Die:We had the director, who we have worked with for many years, sit down and listen to the song, and then gave him free reign to express whatever came to his mind.  In his words, “If you are going to try to express anything in this country now, there is no way around the ugly and the grotesque.”  The thing is this: you’re expected to follow the “guidance” of the establishment in Japan now.  For example, you are now expected to paint a pretty picture saying that “the world is a beautiful place and this is forever.”  He felt, and we felt, that it is far more “harmful” to the mind to blindly follow the establishment, and to tell you the truth, the pretty picture they are trying to paint is boring as hell.  So, all in all, I think we made the right call here.

Q: The North American tour kicks off December 4. With such a vast catalog of songs to choose from, how to you select your set lists? Do you alter the set depending on what country you’re performing in?

Kaoru:It all comes down to what we want to play at that moment and what is needed to express the moment.  We try to get as much variety in there as possible.

Q: How to you compare touring in the United States to other countries?

Kaoru:There really isn’t that much difference, expect the fact that it isn’t Japan.  When touring Japan, the fans do go crazy but it is amusing to watch in a sense, because they all seem to move in uniformity, with no individuality to be found.

Q: Dir En Grey has been together for nearly 15 years with all original members. What’s the secret to staying together as one group for so long?

Kaoru:  We make each other who we are and I wouldn’t be me without them.

Q: You recently performed a free show in Japan with a striking on-stage look of disfigured skin on your faces. Whose idea was this? What was the message you were trying to convey?

Die:I really don’t remember who thought of it, but we wanted to do something different and fun. I think someone just said “Hey, wouldn’t it be fun if we just jumped out and did a gig with all the special makeup from the “DIFFERENT SENSE” music video?” so that is just what we did.

Q: As a group Dir En Grey has been very vocal the current situation in Japan. There is much that still needs to be repaired and questions that need to be answered. As a respected band across the globe with a platform, do you feel a responsibility to speak for those that cannot? What’s your message to the world?

Die:Ever since the earthquake in March, they have been finding high levels of radiation all over Japan. Now, people live in fear of the unknown and the invisible radiation.  What I really want to know is what is really going on. Armed with the truth, people are able to deal with issues. They are able to live their life knowing the choices they need to face.  Apparently though, we don’t have the right to know the truth, so the Japanese public is not privy the essential information that is needed to call the shots in our lives.

Q: You’ve recently posted a billboard in the center of Times Square with the words “Scream For The Truth” boldly displayed. This is sure to attract a lot of attention in the one of the world’s largest media hubs. What is your goal with this campaign?

Kaoru:Our goal is to be able to live our future based on our own judgment and choices, which needs to be based in facts and in truth. We feel that everyone should have the right to do so.

Q: What bands influenced you growing up? Any American bands you admired?

Q: What is something you each personally want to accomplish that you haven’t yet?

Kaoru:Personally, I want my own studio.

Die:I have had the pleasure to tour the world and see many countries.  But the world is far, far larger and there are many many countries that I haven’t visited yet.  I do want to travel the world to observe.

As publicists for the internationally acclaimed DIR EN GREY, we are circulating an open letter from the band (see below) on the eve of the release of its new album DUM SPIRO SPERO, due Tuesday, August 2 on The End Records.  The unique, artful Japanese rock band–vocalist KYO, guitarists KAORU and DIE, bassist TOSHIYA and drummer SHINYA—were moved to write it so they could honestly express their feelings about this year’s tragedy in Japan.

“The earthquake this March took the lives of many people, including many DIR EN GREY supporters. Now, in many places throughout the country, high radiation levels have been detected; everyone including ourselves has been exposed to the radiation and there are even some who say the contamination is so bad we are at risk to not be able to travel to the USA and other countries in the future.

On March 11th, the band was in the studio in Tokyo working on the new album when the earthquake hit. Afterwards the power shortages and transportation chaos caused further complications, and our many thoughts crossed our mind: “will this album really be completed?”; “will we ourselves be able to continue working towards the completion?”; and “is it right to continue making this album?”

August 3rd 2011 is the release date of our new album DUM SPIRO SPERO. This normally would have been a wonderful day where our work was to be released out into the world. However, there are still many people in Japan suffering from the disaster and so with the intention of self-restraint, we will to refrain from words of joy on this occasion.

But we cannot stop moving forward due to this. We are currently in Japan now; however it is unclear to what extent the government’s statements are correct, and to be honest, no one really knows what is going on in Japan right now. The safety regulations for safe level of radiation exposure keep getting increased higher and higher, yet the only official announcement is that “there is no effect on health.” We can no longer tell whether we are a democratic nation. Unless you are careful with your words, you will be taken down with significant force. At this point we do not have the ability to truly find out what is occurring in our own country.

In the album title “While I Breath I Hope,” and our music video “Different Sense” that we released just prior to the album, our sense of wanting to take action that will lead to a breakthrough in the current situation is reflected.

The beginnings of something as significant as the velvet revolution are said to have been in the “Prague Spring” which was started by a rallying of people of culture.

For all of you who have read this, we ask that you do what you can to support us in our search for the truth.”