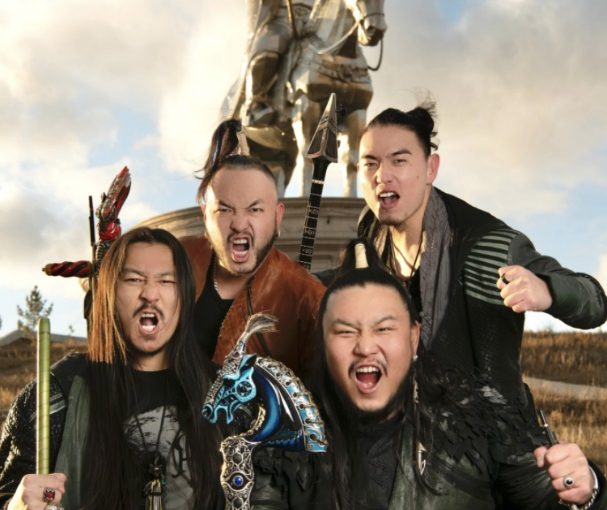 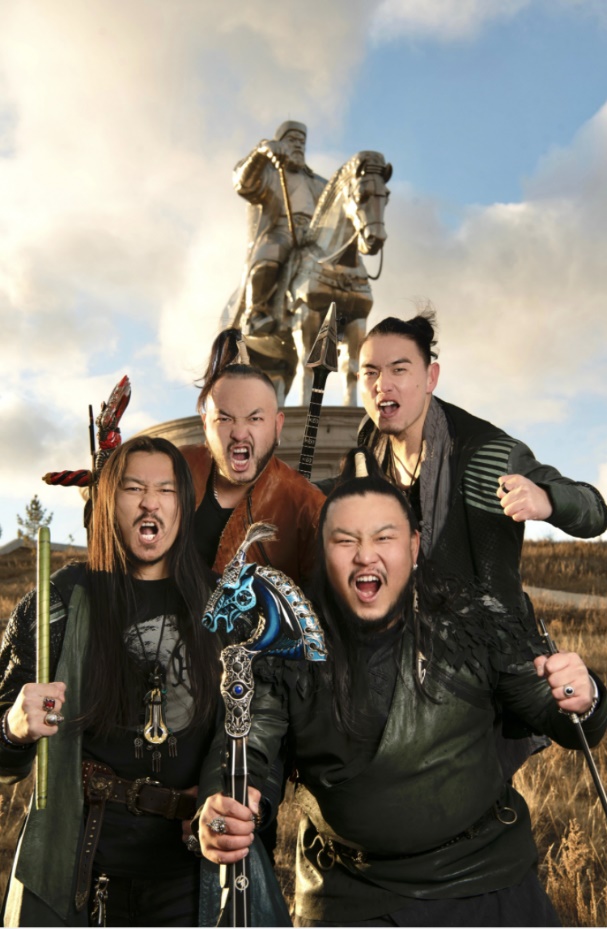 Globally acclaimed Mongolian rock sensation THE HU are excited to return to audiences across North America this fall (2021) on their headlining tour, “The Hun Tour,” with special guests The Haunt from September 7 to October 31. Read the Q&A below and press release here.

Before the headline shows begin, THE HU will make their way stateside on September 1 for shows supporting Halestorm, whose frontwoman Lzzy Hale was featured on the empowering track “Song of Women,” included on the deluxe edition of THE HU’s #1 debut album THE GEREG. During the run, THE HU will also perform at several of the U.S.’s most high-profile music festivals including Austin City Limits, Outside Lands, Rocklahoma, Inkcarceration, Louder Than Life and more as well as appear alongside Danish rockers Volbeat for a few select dates.

In this Q&A, THE HU talk about returning to the stage for the first time since the start of the pandemic and their experience dealing with its repercussions from a global standpoint. The band also discusses their excitement on reuniting with Lzzy Hale; being included as part of Metallica’s 30th anniversary reissue project; and the creation of new music. Readying their next chapter as a global force, THE HU are finishing their highly anticipated sophomore album, which was recorded in their homeland during quarantine. The project is expected to be released in early 2022 via BETTER NOISE MUSIC.

–What do you think will be going through your minds when the band step onstage September 1 in Lewiston, New York since it will be your first time in front of an audience in a long time due to Covid?

A: We are so excited and we’ll be delighted to be on the stage again. The stage is the place where we live, love and express our messages and feelings. Not being able to perform due to COV-19 reminded us how important this is in our lives.

–What has THE HU missed most about touring?

A: Connecting with our fans through our music is something we missed the most. Of course, there are other parts we missed including having a great time with our entire crew and seeing new places.

–In the months ahead, the band has its North American headlining tour, festival appearances plus shows with Halestorm. THE HU’s collaboration with Lzzy Hale of Halestorm on a new version of “Song of Women” on the deluxe edition of ‘The Gereg’ in 2020 was bold and moving. Can you talk about Lzzy’s contributions vocally and lyrically?

A: Lzzy is an incredibly talented singer, musician and songwriter. She brought a whole other level of dynamics to “Song of Women.” The lyrics that she wrote for this English version are absolutely beautiful and they complement the message of the original version. The first time we heard her vocal recording, it gave us goose bumps. Her sincerity in singing is off the hook.

–On the upcoming tour, THE HU will preview songs from the upcoming album. What can you tell us for now about these new songs and the album?

A: Yes, we will perform several new songs from the upcoming album. We’re highly anticipating sharing these songs because we have worked very hard to make them amazing for our fans. The recording part of the second album is done and now it’s in process of mixing and mastering.

— Does the band have any rituals before hitting the stage?

A: Yes, we do. A few minutes before going on the stage we circle around and chant together just like our ancestors.

–Can you talk about the challenge of performing at festivals where audiences are a mix of your fans plus folks who may not have heard of the band?

A: We don’t see it as a challenge but rather an opportunity. We believe in our music and message therein. We welcome new folks to come and listen to our music and hope they leave as new fans of the band.

–How does THE HU stay positive in such a volatile world given the pandemic, wars, polarizing political views, dramatic weather events and more?

A: As human beings, we’re stronger when we’re united together as we face any adversity. We believe that everyone has a warrior in them. Through our music we want to wake up those inner warriors in each of us so that you can face your fears and overcome them. Also believing in a bright future and accepting others regardless of their race, age, and political views make us stay positive.

–As Mongolians, do you feel you may view the world differently than, say, Americans and if so, how?

A: At the end of the day, we all are human being whether you’re from America or Mongolia. We have more things in common than one might think. For example, we grew up in Mongolia listening to American rock bands just like American kids. We love touring here and meeting with our idols, some of whom we have been fortunate enough to collaborate with.

–THE HU ended its last tour in Australia and were in fact stuck there as the country locked down at the start of the pandemic in early 2020. What was that experience like and how did you make the best of it?

A: Because of the COV-19 restrictions, we needed to stay in Sydney, Australia for about two months in early 2020. Of course, we wanted to return to Mongolia and our families, but it was impossible due to border lockdowns. During that time, we worked on our second album recording and making some episodes of “HU’s in the Kitchen?” We love Australia and would love to go back there to perform again.

–Music fans have really embraced THE HU’s cover of Metallica’s “Sad But True” on Better Noise’s “15 Years of Rock” series. And now you’re offering THE HU’s interpretation of Metallica’s “Through The Never” on the upcoming Metallica Special 30th Anniversary ‘Black Album’ Reissue Covers Project. Can you talk about the influence of Metallica on THE HU?

A: Like millions of people around the world, Metallica has been a huge influence and inspiration for us as music fans and musicians. We admire their 40 years of relentless touring and the timeless, unique music they have created. It is a great honor to show them our respect and gratitude by recording our versions of their incredible songs. We are honored and grateful to be included in the Blacklist.